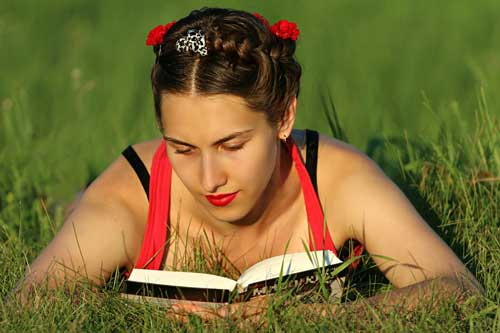 Even while on summer holiday, during the brightest summer day some of us require some dark literature to get through the day until dusk returns once more to herald the darkness of the night.

Here we offer a selection of reading for the darkest of souls during the brightest of days.

Summer of Night
By Dan Simmons

This masterfully crafted horror classic, featuring a brand-new introduction by Dan Simmons, will bring you to the edge of your seat, hair standing on end and blood freezing in your veins

It’s the summer of 1960 and in the small town of Elm Haven, Illinois, five twelve-year-old boys are forging the powerful bonds that a lifetime of change will not break. From sunset bike rides to shaded hiding places in the woods, the boys’ days are marked by all of the secrets and silences of an idyllic middle-childhood. But amid the sun-drenched cornfields their loyalty will be pitilessly tested. When a long-silent bell peals in the middle of the night, the townsfolk know it marks the end of their carefree days. From the depths of the Old Central School, a hulking fortress tinged with the mahogany scent of coffins, an invisible evil is rising. Strange and horrifying events begin to overtake everyday life, spreading terror through the once idyllic town. Determined to exorcise this ancient plague, Mike, Duane, Dale, Harlen, and Kevin must wage a war of blood–against an arcane abomination who owns the night.

The Girls
By Emma Cline

If you’re lost, they’ll find you…

Evie Boyd is fourteen and desperate to be noticed.

It’s the summer of 1969 and restless, empty days stretch ahead of her. Until she sees them. The girls. Hair long and uncombed, jewelry catching the sun. And at their centre, Suzanne, black-haired and beautiful.

If not for Suzanne, she might not have gone. But, intoxicated by her and the life she promises, Evie follows the girls back to the decaying ranch where they live.

Was there a warning? A sign of what was coming? Or did Evie know already that there was no way back?

If you know about the infamous Manson Family you might just find this novel of interest.

The Summer That Melted Everything
By Tiffany McDaniel

Winner of The Guardian‘s Not the Booker Prize

Fielding Bliss has never never forgotten the summer of 1984: the year a heatwave scorched the small town of Breathed, Ohio. The year he became friends with the devil.

When local prosecutor Autopsy Bliss publishes an invitation to the devil to come to the country town of Breathed, Ohio, nobody quite expects that he will turn up. They especially don’t expect him to turn up as a tattered and bruised thirteen-year-old boy.

Fielding, the son of Autopsy, finds the boy outside the courthouse and brings him home, and he is welcomed into the Bliss family. The Blisses believe the boy, who calls himself Sal, is a runaway from a nearby farm town. Then, as a series of strange incidents implicate Sal — and riled by the feverish heatwave baking the town from the inside out — there are some around town who start to believe that maybe Sal is exactly who he claims to be.

But whether he’s a traumatised child or the devil incarnate, Sal is certainly one strange fruit: he talks in riddles, his uncanny knowledge and understanding reaches far outside the realm of a normal child — and ultimately his eerily affecting stories of Heaven, Hell, and earth will mesmerise and enflame the entire town.

Devastatingly beautiful, The Summer That Melted Everything is a captivating story about community, redemption, and the dark places where evil really lies.

It was just another day in the life of a small Atlantic resort until the terror from the deep came to prey on unwary holiday makers.

The first sign of trouble – a warning of what was to come – took the form of a young woman’s body, or what was left of it, washed up on the long, white stretch of beach . . . A summer of terror had begun.

Peter Benchley’s Jaws first appeared in 1974. It has sold over twenty million copies around the world, creating a legend that refuses to die – it’s never safe to go back in the water . . .

The classic, blockbuster thriller of man-eating terror that inspired the Steven Spielberg movie and made millions of beach-goers afraid to go into the water.

Experience the thrill of helpless horror again — or for the first time!

‘Impossible to put down’ Clare Mackintosh
‘Beautiful, sad and gripping…I couldn’t put it down’ Claire Douglas

Seven years ago, two boys went missing at sea – and only one was brought to shore. The Sandbank, a remote stretch of coast dotted with beach huts, was scarred forever.

Sarah’s son survived, but on the anniversary of the accident, he disappears without trace. As new secrets begin to surface, The Sandbank hums with tension and unanswered questions. Sarah’s search grows more desperate and she starts to mistrust everyone she knows – and she’s right to.

Someone saw everything on that fateful day seven years ago. And they’ll do anything to keep the truth buried.

Twisty, pacy, and superbly plotted, Last Seen is the perfect psychological page-turner for fans of Clare Mackintosh and Sabine Durrant.

Credit: Some text and images courtesy of Amazon.co.uk