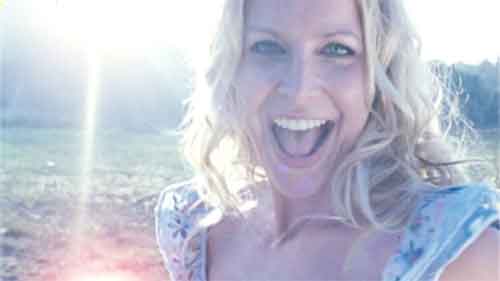 Women play an integral part of most horror movies and some actresses have carved a niche for themselves in the annals of horror history.

Following on from my original post here’s another five sirens from the horror scene;

Linda Blair
Born Linda Denise Blair in 1959 this American actress is best known for her role of Regan in the 1973 movie The Exorcist.

This hugely iconic movie still creeps out and scares the pants off new horror fans over 40 years later.

Because of this role Linda has appeared and many movie and television parts with varying success (some of which fall firmly into the B-Movie genre) but nothing has come close to matching her appearance on The Exorcist, this includes her reprisal role in the 1977 sequel Exorcist II: The Heretic.

Apart from her acting Linda Blair is also known for her support of animal charities and in 2004 founded the Linda Blair WorldHeart Foundation working to rehabilitate and adopt rescue animals.

She legally changed her name to Sheri Moon and then later to Sheri Moon Zombie after she married her longtime boyfriend, musician/film director, Rob Zombie.

Sherri is primarily cast in horror movies and works alongside her husband on many projects.

She is an immensely talented and flexible English actress with the ability to cross between the media of stage, screen and radio and across all genres but has had success in horror, most notably as the devastatingly beautiful and terrifyingly deadly vampire Selene in the Underworld franchise of movies.

She is multi-talented and can seemingly turn her hand to anything and succeed.

While retaining an ability to perform in comedy or classical stage-work Kathy can also produce a fine horror based performance when called upon too do so. Whether it is a strangely complex and unsettling character or a simply bat-crap crazy, Kathy can deliver.

Ali Larter
While Ali Larter may not be a name that trips off the tongue or springs immediately to mind when thinking about female stars of horror, her pure talent and her pedigree in horror cannot be ignored.

Alison Elizabeth Larter was born on February 28th 1976 and is from New Jersey, USA.  She first  began modelling at aged thirteen and travelled the world before moving to Los Angeles to study acting.

DISCLAIMER: I’m sure if I asked 100 people to write their own list we would get 100 different lists with only one or two names being common throughout. I in no way claim this list to be definitive. It’s purely names that instantly spring to mind when I think of horror’s leading ladies.

Credit: Some portions of text and images from the Internet Movie Database and remain the property of their original owners.

What Stops You Writing Your First Book?
Video: How It’s Made – Books
5 Dean Koontz Books Not To Miss
50 More Inspirational Book Related Quotes