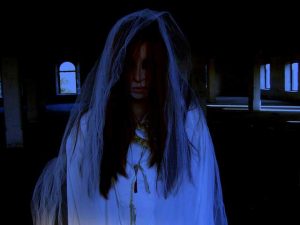 Fashions come and go but there are certain subjects that will almost guarantee stories will be read and hopefully this means they will also be purchased to reward writers for all their hard work.

Zombies
Yes, this may seem like the fashion ‘de jour’ but zombies have always been a wealthy vein for horror writers. People love to imagine the world overrun by the zombie holocaust.

TV shows like The Walking Dead help fuel the demand for a good zombie story but even without that show zombies sell any time.

Vampires
Vampires are a safe bet to sell. This type of horror story seems to appeal more to the female reader with a good sexy male vampire lead but if you angle the story correctly both males and females will read a good vampire yarn.

Scary/Killer Clowns
Let’s face it, clowns are damn scary! Thanks to Pennywise in Stephen King’s IT and serial killer John Wayne Gacy in the real world, killer clowns will be forever etched into our sub-conscious.

Even without such shining role-models you have to admit that clowns are simply crap your pants scary.

Ghosts
The plain and simple truth is that any ghost story will allow a smart horror writer to take the subject and run with it.

Whether it’s a gothic horror set in Victorian England or a modern tale set in 21st century California, a good ghost story will get your readers trembling and coming back for more.

Whether it’s a ruined asylum, a cemetery, a haunted house or a modern office, ghosts can draw in the readers if you tell the tale correctly.

Serial Killers/ Slashers/Splatter Horror
The popularity of slasher films such as Friday the 13th, Halloween and The Texas Chainsaw Massacre  proves that  an attractive (or perhaps a repulsive) psychopath running amok amongst normal people captures the imagination. The more gallons of blood involved and the ingenuity of the deaths makes for a better story.

Serial killers are usually the domain of the crime/thriller/mystery writer but if you are more careful and ensure you’re vivid and graphic with your descriptions of the murderer and their crimes they can most certainly fit easily into the horror genre successfully.

Remember, gore sells – if you write well it can be like a road accident, people don’t want to see it but they can’t seem to look away, they even yearn to see more.

In conclusion, while the subjects mentioned will be sure to raise the interest of an audience you will notice a common thread runs throughout – they have to be well written and well conceived. While a good idea will help hook an audience, only good writing will help an author keep that audience; no matter what the subject.

5 Dean Koontz Books Not To Miss
As Much Reading As You Can Handle – FREE!
Cemetery Symbolism 5 – IHS
The Legend of Spuggie's Bridge