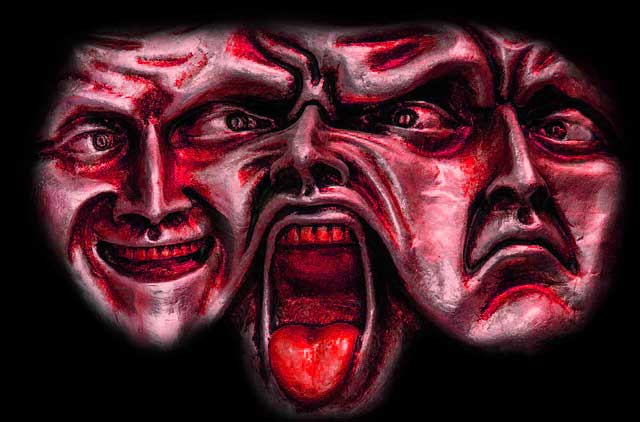 Any horror writer knows that for their writing to work they must tap into the fears of their audience. The problem with this is what one reader finds terrifying may not even faze someone else.

To illustrate this fact I have collected thirteen phobias (irrational fears) that may seem weird to some but those who have to suffer them they can be life-altering.

I’ve chosen to put this first in my list because this is a phobia from which I personally suffer.

I know it sounds incomprehensible to most of you but to sufferers such as me it presents problems on a daily basis. Even writing this makes me shudder (I hope you appreciate the pains I endure for my beloved readers).

Whether true or not, I read the genius behind Apple Computers, Steve Jobs, also suffered from Koumpounophobia so I feel part of a rather elite club.

An interesting, informative and very accurate article about this fear can be found here: http://gregology.net/reference/koumpounophobia/

A surprisingly common phobia compared to many and again one which affects me but certainly not as strongly as my Koumpounophobia.

Whoever came up with the suggestion that people dressed as clowns with garishly coloured clothes and evil looking make-up was entertaining rather than just plain scary was oh so wrong. I know clowns are intended to look ‘funny’ but I’m afraid they just look monstrous no matter how ‘jolly’ the intended look.

Stephen King’s wonderful book ‘IT’ played heavily on this phobia.

I have to say that this phobia may be rare but must be simply awful for sufferers. Hopefully the advent of the eBook may help alleviate the problems of some.

4 – Ithyphallophobia: Fear of the Erect Penis

I’m not sure who this would affect worst, men or women but men will have to deal with it most I suspect. For some people the thought or sight of an erect member sends them into a panic. Forgive me if I don’t dwell on this phobia more than is decent.

Interestingly this phobia in not dependent upon an allergy to garlic but rather connected purely to an irrational fear of this widely used ingredient.

6 – Hexakosioihexekontahexaphobia – Fear of the Number 666

Surely the popular horror movie The Omen or perhaps even the Bible is the origin of this particular phobia.

“Here is wisdom. He that hath understanding, let him count the number of the beast; for it is the number of a man: and his number is Six hundred and sixty and six.” – Revelation 13:18, English Revised Edition of the Bible

7 – Selenophobia: Fear of the Moon

Strangely enough this phobia is not confined to school kids during a spelling test. The fear of long words can cause intense feeling of unease amongst its suffers. I’m pretty sure none of its victims live in the Welsh village of Llanfairpwllgwyngyllgogerychwyrndrobwllllantysiliogogogoch. Yes that’s a real place name of a village in Wales which translates from the original Welsh to, “St Mary’s church in the hollow of the white hazel near to the fierce whirlpool of St Tysilio of the red cave.”

On a final note, I could not miss the irony that the very name of this phobia is actually a long word. Did it really have to be this way, couldn’t it simply be called ‘z-phobia’ for the sake of the poor sufferers?

Halloween is a scary time for many but usually in a more entertaining way. For some, Halloween is simply terrifying in the truest sense of the word.

The phobia takes it’s name  from the word used by many pagans/wiccans, Samhain (pronounced ‘sowain’) which is their name for Halloween.

“Samhain is a Gaelic festival marking the end of the harvest season and the beginning of winter or the “darker half” of the year. Traditionally, it is celebrated from 31 October to 1 November, as the Celtic day began and ended at sunset.” – Wikipedia (https://en.wikipedia.org/wiki/Samhain)

Why would anyone fear the facial adornment popular amongst hippies, hipsters and many of today’s’ youth?  Perhaps the mad monk Rasputin and cult leader Charles Manson may go a long way to explaining this particular phobia.

Whether it’s the fear of your own shadow or the fear of any shadow this must be a rather life-limiting affliction. No doubt sufferers will prefer the dull winter months to the bright sunny summer months. Now I come to think about it there must be problems caused by artificial lights casting shadows, what a nightmare. This has to be possibly one of the most difficult things on this list to avoid.

12 – Nyctohylophobia: Fear of the Woods at Night

While most phobias are irrational I have to say this particular phobia seems quite rational. After all, what can appear to be more dangerous than the lonely woods after dark?

13 – Triskaidekaphobia – Fear of the Number Thirteen

To show my contempt for this common phobia is the reason I chose to feature thirteen phobias (no disrespect intended to sufferers of this phobia).

Many people have this fear although for many it is more of an uneasy avoidance rather than a full-blown fear. It is widely regarded as unlucky rather than a cause for fear.

To show the reach this phobia has in modern culture it is worth noting many hotels do not have room thirteen, many restaurants have no table thirteen and many tall buildings have no thirteenth floor. In such cases the number 13 is usually replaced with12b or they simply skip from twelve to fourteen.

While I have no real phobia of the number thirteen, when my wife and I were planning to marry we were given two available dates These dates were the 13th of the month or the 14th and even though I don’t have a fear of the number 13 I insisted on the 14th of the month as I was uneasy having the 13th as our anniversary date each year. This shows the irrational belief retains its grip in 21st century modern culture.

More information about this intriguing phobia can be found on Wikipedia.

14 – Bonus Phobia – Panophobia: Fear of EVERYTHING

For the sake of those suffering from Triskaidekaphobia I couldn’t leave this list at 13 so here’s a bonus fourteenth phobia – Panophobia.

Quite simply, how on earth can someone function in this world suffering with Panophobia?

All I can say is my heart goes out with them and I think all of us who do not suffer from this phobia should certainly count our blessings!

It’s worth noting that while some of the phobias mentioned above may have more than one ‘official’ name I have chosen those names I believe to be the most widely used.

Credit must go to the website Buzzfeed for inspiring me to create my own list of phobias.

The Legend of the Lambton Worm
5 Horror Books To Read This Christmas
Video: Britain's Most Terrifying Real Ghost Stories
What Stops You Writing Your First Book?