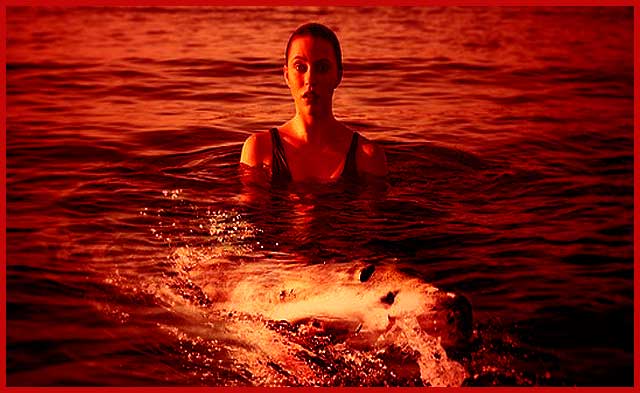 A good movie can entertain and stay with you for a while. A great movie or even just a single movie scene can change the way you and the rest of society think forever.

Here are a few examples of when that happened: –

Ever since the release of the movie Jaws many swimmers have entered the water and immediately heard the dreaded music that heralded the approach of the shark in the Spielberg classic, half expecting an ominous shadow to appear at any moment below them or a circling dorsal fin cutting the surface nearby.

As a direct result of Jaws, sharks have had to carry the false legacy produced by the movie which portrayed them as mindless and relentless killing machines hell-bent on the tracking and consumption of humans with evil intent which is far from the truth. Even the late Peter Benchley, author of the Jaws novel, proclaimed he somewhat regretted penning his book because it resulted in the cruel persecution and misrepresentation of sharks which continues today.

So next time you go swimming in a beautiful blue sea on a bright sunny day you can blame Jaws for spoiling your enjoyment of what should be a pleasant experience.

Any horror fan who has seen the movie Final Destination 2 will immediately know to which scene I am referring here and to those who have not seen this movie, “Why the hell not?”

Despite the years since the movie was first released so many drivers upon seeing a logging truck ahead of them or indeed any vehicle carrying sharp objects will give it a VERY wide berth.

The sights and sounds of the highway scene on this movie were so tightly and so graphically crafted that anyone seeing such a vehicle ahead of them on the open road feels a sense of instant dread.

No matter how fancy the restaurant or what the occasion, when anyone is faced with a bowl of bright green pea soup, we all fight the urge to take a spoonful and spit it across the room a’la THAT scene from The Exorcist.

Such was the impact of this scene even hearing the words “pea soup” conjure up the scene in many horror fan’s mind.

In the 1960 classic Hitchcock movie the iconic shower scene has spawned many copycat scenes in horror movies, and for good reason. Any time a horror movie switches to a scene where the water begins to flow and someone steps naked into a shower or steaming bath tub a feeling of unease grips your heart, this is all due to the feelings of total vulnerability expertly utilised and exploited by Alfred Hitchcock in the 1960 movie Psycho. It has gone on to become a horror movie trope, copied by many other horror creators, someone steps into a shower, usually a naked nubile, and we all know something is going to happen and it isn’t going to be good.

As a result of all this, anyone who has stayed in a motel/hotel/Bed & Breakfast and stepped into the shower will agree the Psycho shower scene (or one of its imitators) floods back into their mind and it’s wise to keep one eye on the curtain in case a dark and hunched shadow appears.