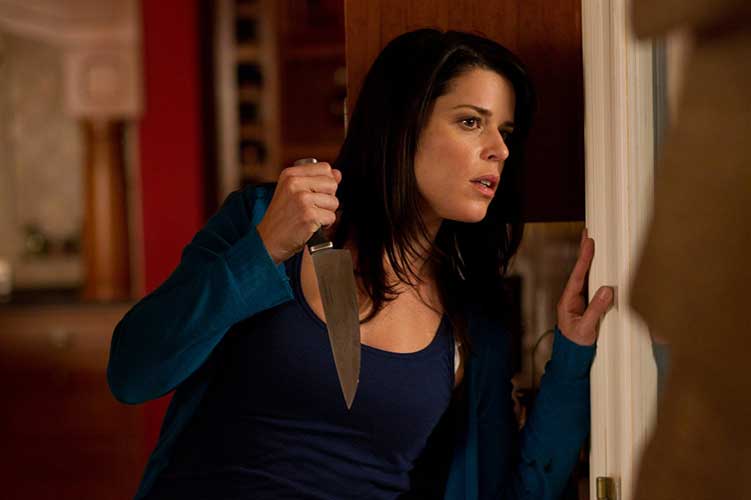 Women have always featured strongly in the telling of good horror tales but the emphasis of the female role has shifted over the years.

Until quite recently the female role was simply that of a a helpless victim to be saved and usually won as a prize by the leading man. The countless re-spawning of generic slasher-movies has proven this but now the ladies are finally being recognised and portrayed as the strong leading character and even, in some cases, as the horror villain – yes, I’m looking at you Friday the 13th (maybe I should have given a spoiler alert there).

Here’s a a handful of horror movie leading ladies I believe to be some of the best in the business whether they have appeared in many horror movies or they produced just one stellar performance;

Jamie Lee Curtis
Jamie Lee Curtis was born on November 22, 1958 in Los Angeles, California. Her parents were both legends in Hollywood; Janet Leigh and Tony Curtis.

Jamie had got her big break at acting in 1978 when she starred as Laurie Strode in the essential slasher movie, Halloween.

Her quality of work in horror movies even earned her the nickname, ‘The Scream Queen.’

Sissy Spacek
‘Sissy’ was born Mary Elizabeth Spacek on Christmas day, 1949, in, Texas, USA. Her paternal origins is said to have been of Czech and German origin and she is cousin to actor Rip Torn.

The name Sissy was given to her by her brothers while they were growing up.

Without doubt Sissy is most known to horror fans for her Oscar nominated portrayal of Carrie White in the classic movie, Carrie.

The 1976 movie is based on the Stephen King novel of the same name and in my opinion is probably one of the best King novel adaptations Hollywood has made.

Despite being well known for her work in Carrie she has refused to be type-cast as a horror actress and has worked on-screen in mainly drama based roles. Her talents and versatility have seen her move on to many various roles in film and numerous award nominations and winning an Oscar as well as a Golden Globe.

Neve Campbell
Born in 1973 and raised in Ontario, Canada she first became known for her TV role in Party of Five (1994).

Campbell also had horror movie success in the 1996 cult witchcraft movie, ‘The Craft’ but her versatility shines through proven by her various movies and TV shows spanning many genres .

To many, however, she will always be Sidney Prescott from Scream.

It was while Heather was still a student at Stanford University she caught her big break when she was cast as the female lead Nancy Thompson in an upcoming Wes Craven film to be entitled A Nightmare on Elm Street (1984).

This movie was to become a huge success with a cult following and its very own fan base. The franchise became so successful it went on to spawn its own industry due in no small part to Heather’s on-screen performance with the movie’s iconic villain, Freddy Krueger.

Marilyn Burns
Marilyn Burns was born Mary Lynn Ann Burns on May 7, 1949 in Erie, Pennsylvania, and raised in Houston, Texas.

She graduated from the University of Texas at Austin with a Bachelor’s degree in Drama.

Probably known as one of the very first slasher movie scream queens due to her role of Sally Hardesty in the cult 1974 film The Texas Chain Saw Massacre.

What followed was her appearance in several other horror movie roles and some TV work including the role of Linda Kasabian in a 1976 TV mini-series about Charles Manson entitled Helter Skelter. Sadly Marilyn never equalled the success of The Texas Chain Saw Massacre.

Apart from occasional appearances at horror conventions, Marilyn lived her life away from the limelight and died in her sleep aged 65 on August 5th 2014. Her cause of death was reportedly due to a heart attack.

DISCLAIMER: I’m sure if I asked 100 people to write their own list we would get 100 different lists with only one or two names being common throughout. I in no way claim this list to be definitive. It’s purely names that instantly spring to mind when I think of horror’s leading ladies.

Credit: Some portions of text and images from the Internet Movie Database and remain the property of their original owners.

Did You Know? 10 Stars Who Were In Horror Movies Before They Were Famous
Public Libraries & COVID – My fear for the future.
Top 10 Scary British Urban Legends
Video: Merry Christmas 2021